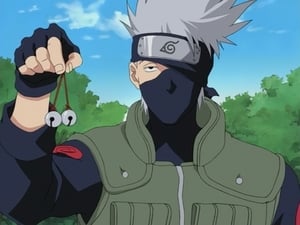 Naruto finally meets his new sensei. His name is Kakashi Hatake. He tells the group that before they could become Genin, they will have to pass his survival test. The problem is, the test has a 66% chance of failure, and if they fail they'll be sent back to the academy. To make matters even worse, one of them will fail no matter what. Can the three pass Kakashi's test?